← more from
Paradise of Bachelors
Get fresh music recommendations delivered to your inbox every Friday.
We've updated our Terms of Use. You can review the changes here. 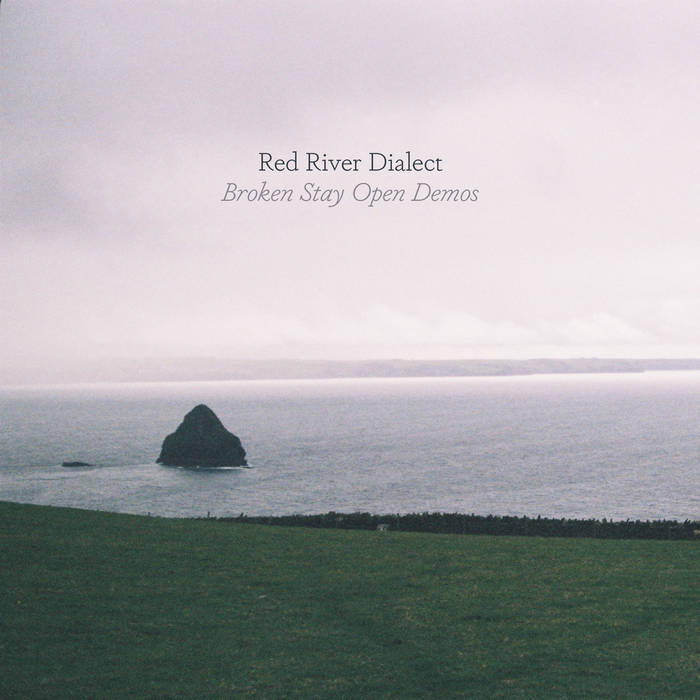 Ahead of the release of the debut solo album by David John Morris in May this year, here are the solo demos he recorded which became the album Broken Stay Open Sky in collaboration with the whole Red River Dialect crew. This release is a bandcamp exclusive and includes three as yet unheard tracks that didn’t make it to the LP or any other RRD release. Every download of this digital-only album includes a coupon to pick up BSOS on any format at half price - a perfect anniversary bundle for the album called “beatific” by MOJO and like “Steve Gunn transplanted to Kernow” by Clash.

The artwork shows Gull Rock on the north Cornish coast, as did the beautiful cover on the full band recording, but this time we see it from a different angle. David says: “When I shot the film that this photograph was taken from I was trying to recreate the way it felt when looking at the outcrop from Trebarwith beach as a child; it looked like a cave or portal in the sky. At the time I had already found the photo we eventually used by artist Dayna Cowper online, but hadn’t yet managed to get in contact with her. Fortunately I found a gallery in the Yorkshire Dales, where she had exhibited a few years previously; they forwarded a message on to her, and she eventually agreed to let us use that shot for Broken Stay Open Sky. It perfectly encapsulates the feeling. In kind, here are the songs in an embryonic form, before the enrichment of collaboration and the fullness of sonic light and shade. Playing and singing these songs into a portable digital recorder I was thrilled to feel them take shape, and to imagine where Ed, Kiran, Robin, Coral and Simon would take them. Now that the album has been out for three years, these versions have a sort of shimmer and a grain, as well as a vibrance, and I am happy that the songs that didn’t make it to the album are finding a way out.”

Other ways to listen and support: smarturl.it/PoB64

Mastered by Jimmy Robertson at SNAFU